Man's Best Friend May Also Be A Green Eyed Monster

In what may not come as a surprise to many dog owners, a new study by scholars at the University of California, San Diego have found that Fido may feel jealousy in a very similar manner to humans.

The author of the study, Christine Harris, who is also a professor of psychology at the University of California, San Diego, first conceived the idea for the study when she was visiting her parents and their three border collies.

She recalled that when she pet two of the dogs, the one that was not being pet would naturally seek attention. However, what surprised her most was that the two dogs who were being pet would still act aggressively toward each other to be the sole object of affection.

So, Harris developed a small study of 36 dogs and had their owners devote their attention to a children’s book which they would read aloud, a realistic toy dog, and a Jack o’ lantern. What ended up occurring was that the dogs would act very aggressively towards the stuffed animal, even performing acts like barking and pushing the owner away as if the doll was a real animal. The Jack o’ lantern received significantly less attention and the children’s book even less.

What Harris and the rest of the study’s authors concluded was that dogs showed a form of jealousy that was not quite as complex as the emotions that humans feel when envious, but was similar in that the dog wants to receive more attention than any rivals in a social environment. Harris said, “It suggests to me that some of our ideas about the nature of jealousy, like that it requires complex cognition, are incorrect.” 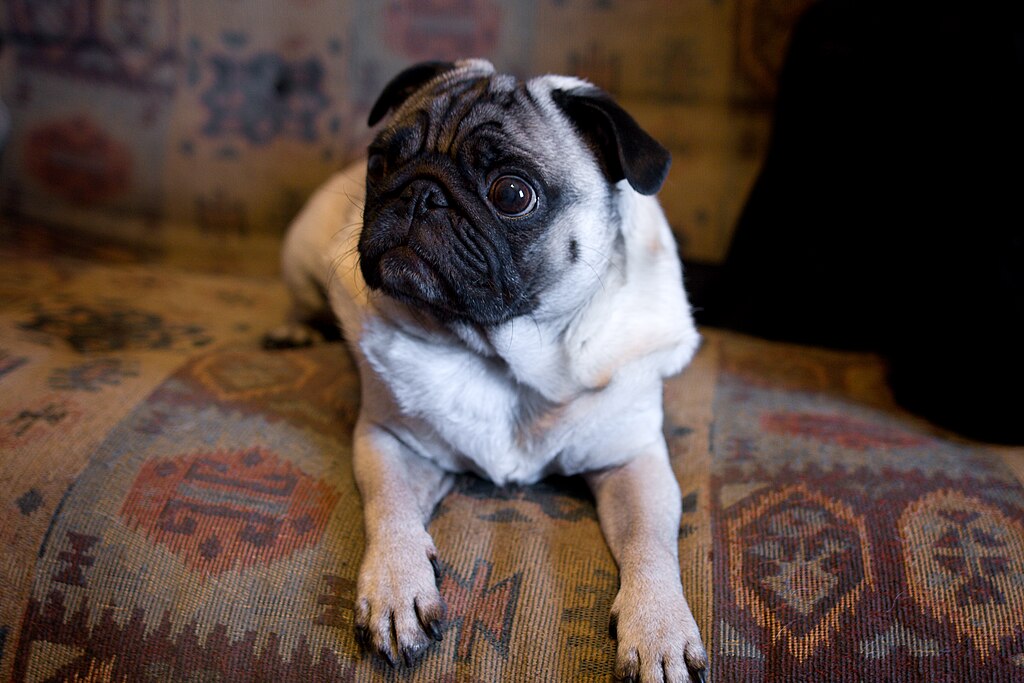 Does your precious pug get jealous? Photo courtesy of Wikimedia Commons

However, other researchers have had mixed reactions to the Harris’ research. Alexandra Horowitz, an associate professor of cognitive science at Barnard College, said that while she admired the goal of the work, she did not believe the researchers had made a clear case that dogs’ behavior was actually jealousy.

What can be shown,” she said, “is that dogs seem to want an owner’s attention when there is attention being given out.”

What is interesting about Harris’ study is that the methods and findings were very similar to studies done on human infants. The dogs in Harris’ study acted in a very similar manner to the infants in previous studies when their mothers interacted with realistic-looking dolls.

“It’s that very basic response of, ‘but that’s my mommy’s lap,’” said Texas Tech professor Sybil Hart. And although responses can vary from mild displeasure to violent outbursts, the response seems consistent.

This suggests that, whether it be towards a stuffed whale shark doll named Willie or a fellow dog, jealousy may be another manner in which Man’s Best Friend is similar to humanity itself.

The dogs, one of which may or may not have been named Alaska, were not available for comment on this story.